Sebastiano d’Ayala Valva is a film director,born in London in 1978 to an Italian father and an English mother. He currently lives in Paris where he graduated at the prestigious Institut d’Etudes Politiques in 2003. He then took part to the production of short movies and feature documentaries, including Serge July’s documentary Once Upon a Time … Last Tango in Paris. In 2007, he finishes his first documentary as a director Transvestites Also Cry, filmed over three years. The film was selected at various international film festivals and has won the Audience Prize at Roma Doc Fest 2007 and the Best Documentary Award at the 2008 HBO New York Latino Film Festival. He’s currently working on Angel, a feature documentary film on the relation between a transsexual immigrant and prostitute, and his family. He’s also working on the documentary The House of the Father, a father-son confrontation through architecture and film. The project has been selected at the Berlinale Talent Campus 2008, Documentary in Europe 2008, European Torino Days 2008, and is a finalist at the Premio Solinas. 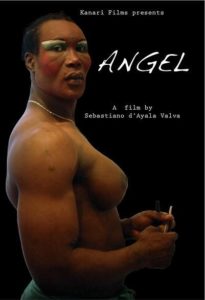